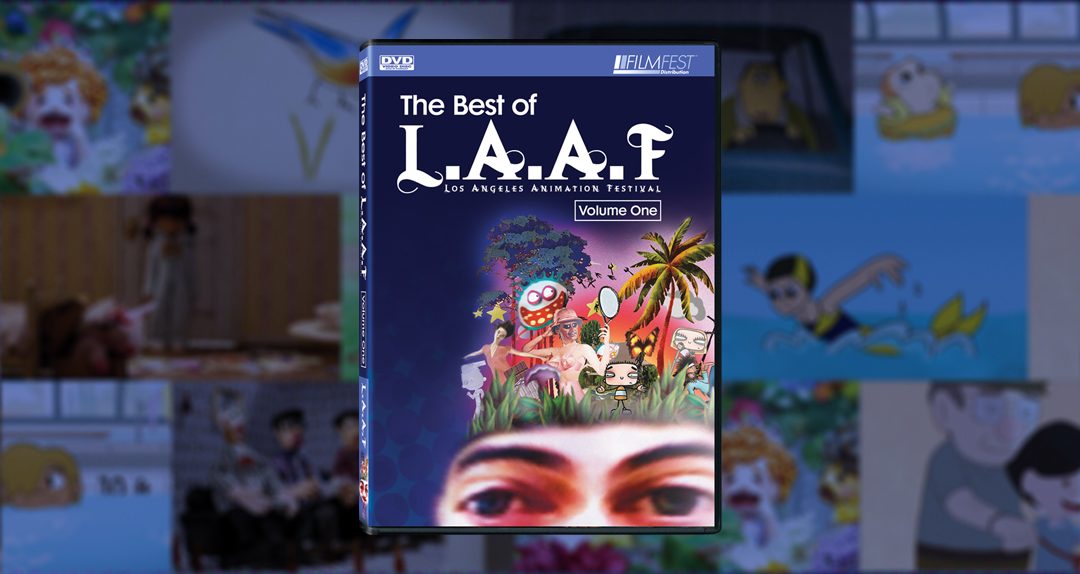 LAAF is proud to announce it has launched a new distribution label specializing in international animation, to be released on Blu-ray, DVD, select theaters, On-Demand and streaming channels.

The films are distributed under the LAAF brand through the newly formed company FilmFest Distribution (www.filmfestdistribution.com). FilmFest is the brain-child of LAAF Co-Founder Miles Flanagan and veteran distributor Nadav Streett of Rising Sun Media.

Flanagan explains the genesis of the endeavor, “As a festival we receive so many wonderful films every year, films that, however amazing, simply never seem to gain wider releases. After over a decade of learning about distribution and getting to know some of the best people in the business, it became a no-brainer for me that these works should be distributed, marketed correctly and given as wide a release as possible. Helping bring in money and attention to these wonderful filmmakers is also a big plus.” Getting attention is something the filmmakers agree is important. TRASH PANDA director and recent graduate Alec Baumzweig feels “it gives us a voice and an opportunity to be really seen, which is one of the most important things for those of us trying to break into the industry.”

Distribution partner Streett was so impressed with the quality of the films on offer that he couldn’t wait to get involved. “LAAF is one of the most forward thinking animation brands in the market. Bringing films that normally are only seen on the festival circuit to the marketplace is a fantastic opportunity for everyone involved.”

The premiere release is the compilation feature film, The Best Of LAAF: Volume 01 (IMDB LINK), presenting 10 of 2019’s LAAF award-winning animated shorts (www.laafest.com). Produced by Flanagan and LAAF Co-Founder John Andrews, the film is an eclectic mix of international animation, styles and stories – a unique showcase of the caliber of talent the festival attracts.

As Andrews explains, “Miles and I have curated a special selection of films in Volume One of this series. Films that will both entertain and move an audience.” The filmmakers themselves are excited about this unique endeavor. For instance, Siti Lu’s very personal short ON THE ROAD was based heavily on her own family experience and she hopes “people will see a little of themselves” in this beautifully crafted comedy-drama. “SYLVIA is a stop-motion film about a little girl with imaginary friends who is forced to face the burden of her imagination when tragedy strikes” states Meirav Haber, the film’s director. “I put my heart into this film and I am really proud to be able to share it with millions of other animation lovers around the world through this beautifully curated compilation.” RACE TO THE FINISH director Nikki Williams, who was inspired by her sister’s story of swimming for college, is equally thrilled, “It feels amazing to see her story being shared in this incredible collection.”

Stephan Leeper, director of the student short FIRE FLOWER understands how distribution can positively affect these very personal films, “After five long years of production, having our film distributed by LAAF through FILMFEST will increase our audience exponentially. It’s a game-changer for all of us.” “The LAAF banner offers so many great opportunities for the filmmakers involved” continues Andrews.

With a full slate of 10 animated feature films and a BEST OF LAAF: Vol.2 to be released this year, both Streett and Flanagan have their hands full. “Yes, it’s been busy!” Streett agrees excitedly. “We have so many great films coming out this year from all over the world – from the Philippines, Iran, Russia and even Beverly Hills. Thanks to the Los Angeles Animation Festival, there’s an abundance of quality work that is screaming out to be distributed.”

“I’m just glad we have an opportunity to give back,” Flanagan says. “Nadav and I have been doing this kind of work for years and these wonderful films and talented film makers can really benefit from our experience and connections. I’ve spent years helping out large corporations. I think it’s time now to help others,” he smiles.

Featuring additional work directed by Jackie Lay, Trilina, Jeremy Mowery, Tony Wisneske and Elizabeth Lewis The Best Of LAAF: Volume 01 is currently available on Amazon US and all English-speaking territories now. It will be released on DVD later in the year: